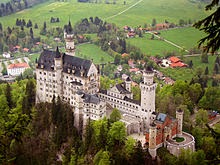 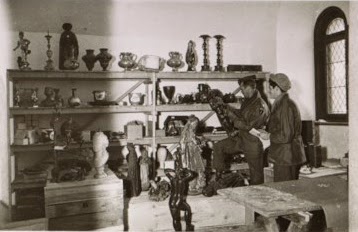 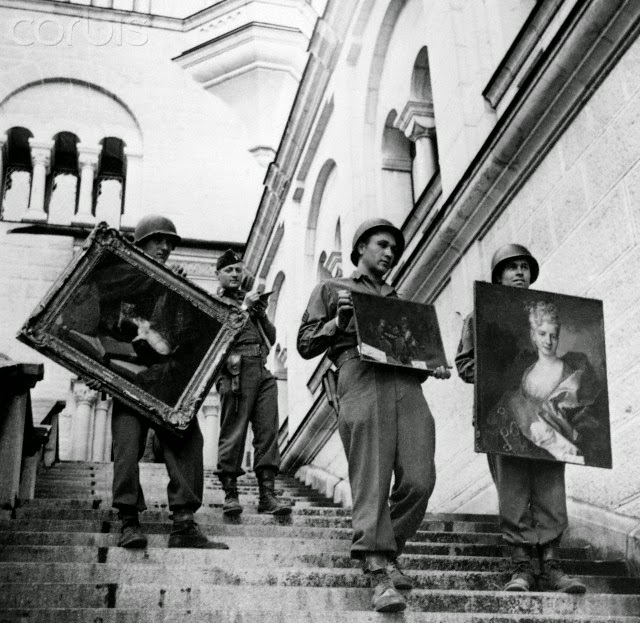 The SS intended to destroy the castle and its stored treasures to keep them from the Allies. Seventy years ago, the treasures were recovered. The castle remained undamaged and continues to attract millions of visitors. Ever been there?
Posted by Terri at 6:55 AM 4 comments:


Many Germans resisted Hitler and National Socialism and were executed as enemies of the state. Some are famous. Dietrich Bonhoeffer was imprisoned for two years, then hanged a month before the war’s end. Sophie Scholl, along with her brother and a few friends of the White Rose resistance group, was arrested, given a quick trial, and beheaded within four days.
Another resister was Franz Jägerstätter. Born in Austria, he received a seventh-grade education, but read widely. He gained a deep biblical knowledge and applied scripture to interpret current events.
He voted against the Anschluss to join Austria to the “Greater Germany.” He believed Hitler was evil, and he refused to take the oath of military service to a state that was pillaging and destroying human lives. For his stand in 1943, he was beheaded at age thirty-six, leaving a widow and three daughters.
His writings reveal his insights.

“I believe the German-speaking people never participated as strongly in Christian charitable activities as they are now engaging in the N.S. organizations. Nor were they as ready to contribute their money to church programs.
“Suffering during our earthly lives is not the worst thing. Even the saints had to suffer frightfully until God took them into eternal life. The Lord did not spare even his apostles from suffering, and most of them lost their lives through martyrdom. And the prospect of martyrdom did not deter them from working so much for Christ.
“If we study history and look into the past centuries, we are not surprised that we are in this situation today. Over the years, a deep and devout faith has increasingly receded, and a new paganism has increasingly pushed ahead.
“By his harsh suffering and earthly death, Christ has redeemed us from eternal death but not from earthly suffering and death.
“People want to observe Christians who have taken a stand in the contemporary world, Christians who live amid all of the darkness with clarity, insight, and conviction, Christians who live with the purest peace of mind, courage, and dedication amid the absence of peace and joy, amid the self-seeking and the hatred.”
On what was to be the day of his death he wrote, “I thank our Savior that I could suffer for him and may die for him.”
Would we have the courage to stand fast as he did?


What do you know about the German navy in World War II? They had lots of U-boats; everyone knows that. They had a couple of big battleships named Tirpitz and Bismarck, best known for sinking. Their pocket battleship Graf Spee was scuttled in a South American river. But destroyers? Did they have any?
Indeed they did, upwards of forty. While a proliferation of literature exists on American, British, and Japanese destroyers, next to nothing concerns the German little ships.
Germany began the war on September 1, 1939, against Poland. Several destroyers joined the large Kriegsmarine force against the diminutive Polish navy. When Great Britain joined the fray, the destroyers steamed west, where they helped lay a defensive minefield in the North Sea and an offensive minefield along the east coast of England. They also conducted mercantile warfare, stopping, searching, and sometimes seizing ships.
The first five months of the war saw the destroyers’ most success with their offensive mines. Their usefulness in the war declined sharply in early 1940, never to recover.
Fishing trawlers filled the North Sea, and the Germans planned an attack on the fishermen to strike a psychological blow at the British and force the Royal Navy to expend its strength by guarding the fishing fleet. The Germans viewed it as an easy exercise. It wasn’t.

Six destroyers set out on Operation Wikinger on February 22, 1940. An aircraft spotted the ships. Two of them fired at it. Aboard the Leberecht Maass, it was identified as a German plane; aboard the Koellner, it was deemed hostile. The plane dropped two bombs, one striking the Maass. Two more bombs followed, and Maass broke in half.
As the other ships attempted to rescue survivors, another explosion rocked the Max Schultz. A panic over submarines and torpedoes ensued. The Riedel dropped depth charges but, moving too slowly, succeeded only in suffering damage from the blasts.
Subsequent investigation determined there had been no submarines. As the destroyers scurried around in the panic, the Schultz had strayed into a British minefield.
The Luftwaffe had been attacking shipping in the North Sea and had informed the Kriegsmarine, but the navy neglected to warn its destroyers, and hadn’t informed the Luftwaffe their ships were at sea.
Only sixty men of the Maass’ crew of 330 survived. All 308 of the Schultz’s company died.
In April, Operation Weserübung around Narvik in the Norwegian fjords further decimated ten German destroyers. Narvik was occupied with little difficulty, but only one of three fueling ships made it to the rendezvous. That one was a converted whaler that lacked the right equipment to expediently fuel ten ships. The process took too long and the British were on the hunt. Snow squalls confused the action, and the Germans were trapped in the fjords. Rocks in the poorly charted fjords ripped the bottom off the Koellner. By battle’s end, the British had a bloody nose and the Germans had ten wrecks.
For the rest of the war, the British Royal Navy had the remaining destroyers hemmed in on the North Sea. The German destroyer service was kaput.
Posted by Terri at 11:30 PM 3 comments:

Lots of American servicemen entered matrimony while overseas during World War II. More than 70,000 wed foreign women, mostly British, including my half first cousin twice removed, Gilbert Hartkopf.
The military put up roadblocks for soldiers wanting to marry foreign women. Obtaining permission was a lengthy process. Both bride and groom had to submit to interviews to gain his commanding officer’s permission. The bride needed character references. The groom was checked out to determine if he could support a wife.
Women were suspected of marrying for a more prosperous life in America. Some women were eager for American boyfriends. Most of the men in Britain were away at war when the Americans came over, and they knew how to have a good time.
Others sought to avoid them. Their brothers didn’t like the Americans because they were “overpaid, oversexed, and over here,” and warned them to stay away from the “Yanks.”
When the war ended and the men were shipped back to the states, their new wives, and sometimes their children, could not travel with them. They were not a priority for transportation. Protests were staged outside the U.S. embassy in London by impatient wives. On December 28, 1945, Public Law 241 passed. The War Brides Act granted non-quota immigration status to wives of servicemen. They could enter the U.S. freely and without a visa. A trans-Atlantic fleet began bringing the women to their new home.
The women received notice to travel at short notice. Their first stop was a transit camp, where they found dorm huts, sixteen to a room, inadequate coal fires, freezing temperatures, and fleas in their beds. Sounds like they stayed on their husbands’ former bases.
Before they could board a ship, they went through a process including injections, blood tests, X-rays, fingerprinting, and a physical. For the physical, a line of robed women walked on stage where a doctor ordered each woman to open her robe. He then shone a flashlight between her legs to inspect her.
After finally boarding a ship, some women changed their minds and stayed behind.
Some couples had not seen each other since before D-Day. The wives left everything familiar to be reunited with a stranger. Many had to live with in-laws while the husband searched for work. American customs had to be learned, like the “bizarre ritual” of a baby shower, or making their tea with a cup of hot water and a tea bag.
Most were hit by homesickness. They found friends and support through war bride associations. Some left their husbands and returned home. 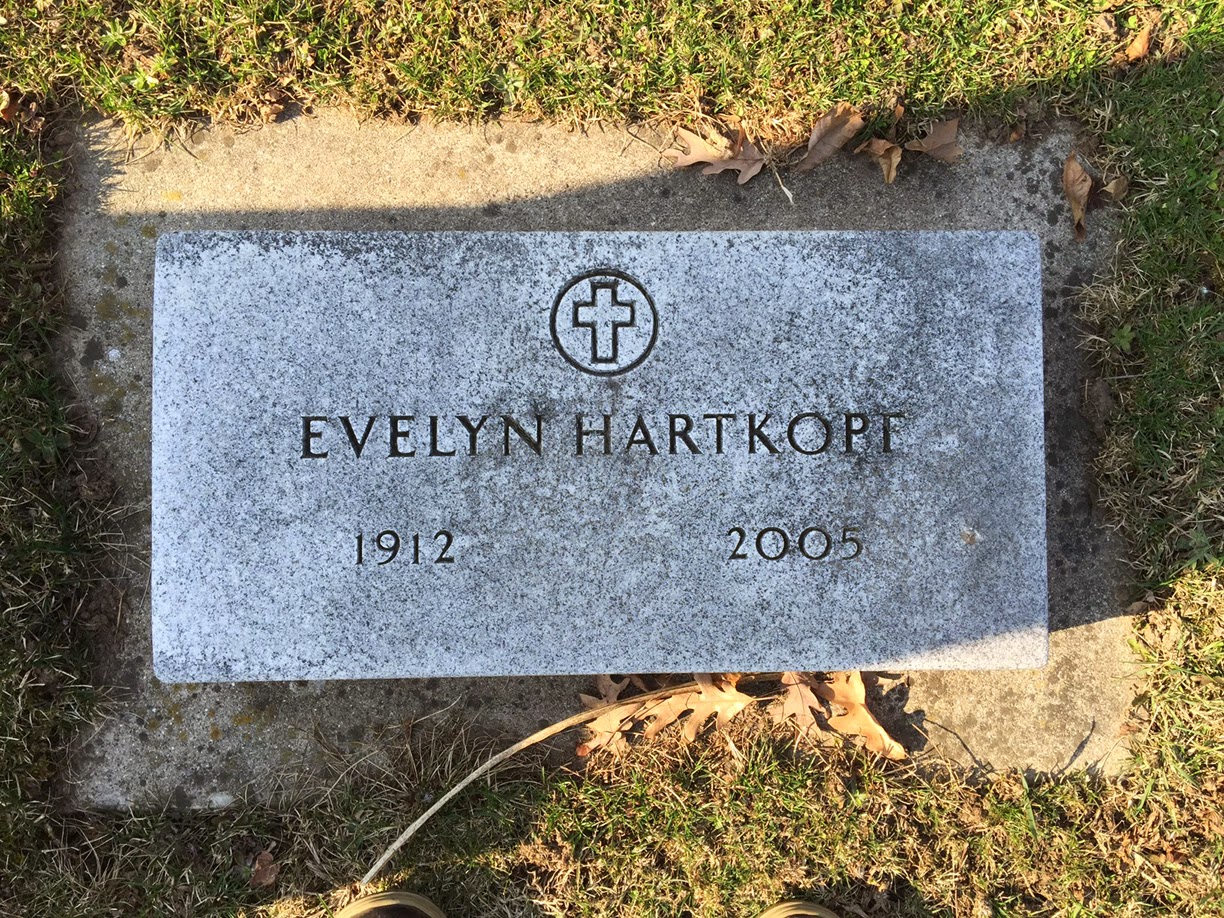 I never knew Cousin Gil or his wife Evelyn, even though I lived in the same town as she for over ten years. Now I wish I could talk with her.

Recommended Reading: GI Brides: The Wartime Girls Who Crossed the Atlantic for Love by Duncan Barrett & Nuala Calvi
Posted by Terri at 12:00 AM 2 comments:

Thinking About ... the Opened Graves


At that moment the curtain of the temple was torn in two from top to bottom. The earth shook, the rocks split and the tombs broke open. The bodies of many holy people who had died were raised to life. They came out of the tombs, and after Jesus’ resurrection they went into the holy city and appeared to many people.  Matt 27:51-53 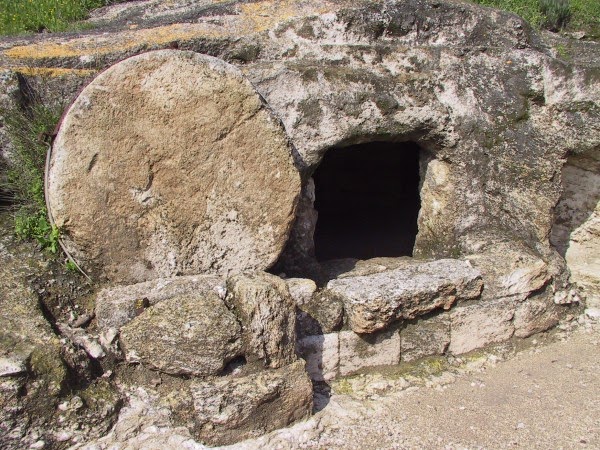 When Jesus died, tombs were ripped open in an earthquake, and the dead came to life. All we know is they were holy people. How long had they been dead? If they were recently deceased, family and friends would still be living. Imagine opening the door and finding Grandma, who died five years ago, smiling at you.

The dead were wrapped in burial cloths with spices and perfume. What did the newly raised dead wear when they went into Jerusalem and appeared to many people?

How long did they remain alive? If they’d been dead for several years, or had lived in an earlier time, they would no longer have a home to return to or a means of support.

Many dead people coming to life and wandering around Jerusalem had to be front page news. What did the chief priests and Pharisees think of this? Did they want to kill the resurrected as they did Lazarus?

Why did Matthew included this tantalizing tidbit, and give no follow-up?
Posted by Terri at 12:00 AM 3 comments: