Winter semester was over at Brigham Young University, where I earned my Master of Library Science degree. My roommate Sareta Dobbs and I were enrolled for spring term and stayed on campus during the intervening days. We decided to have some fun. Neither of us had a car, and we hadn’t been anywhere beyond a bus trip to the Orem mall for Christmas shopping.
We rented a tandem bicycle and zipped through the streets of Provo, all the way out to Utah Lake. We tried our hand at bowling in the Wilkinson Center. Then we set our sights on the huge whitewashed Y up on the mountain.

Early on a beautiful sunny day, we trekked from our room in the Deseret Towers to the foot of the mountain below the Y. As far as we could tell, no one else was around. We had the mountain to ourselves.
We started our climb, grasping weeds on occasion and sliding on loose ground. Huffing and puffing, we finally reached the Y. We sat in the middle of the Y to catch our breath.

The view was fantastic, the lake sparkling in the distance. And then we became aware of other people approaching from the side. They’d strolled up to the Y on a path, a zigzag, easy incline path! Who knew?

Sareta and I had a good laugh and ambled down the mountain on the path. I wouldn’t have changed a thing. Our hike to the Y was much more adventurous.
Posted by Terri at 12:30 AM 4 comments:


World War II, as its name suggests, was a global conflict. Europe, Asia, North America, Australia, and Africa were famously involved. But what about South America?
Germany’s Graf Spee was trapped by British warships in Uruguay’s river and scuttled when neutral Uruguay refused the Germans to remain longer than three days to make necessary repairs. Naval action along the South American coast was common as Allied ships battled German submarines. But did any Latin American nations take an active role?
Yes. Many countries contributed raw materials, and some soldiers joined the Free French Forces. Brazil played the biggest role. As war in Europe loomed, Brazil sought to balance close ties with both the United States and the Axis powers. Brazil exported much of its cotton to Germany, who supplied Brazil with weapons.
To prevent Brazil from getting to close to the Axis, the U.S. promoted its “Good Neighbor” policy, offering cultural and economic assistance rather than the direct intervention of an earlier policy.

Both countries were neutral at the outbreak of war in Europe in 1939. If Britain fell to the Germans, however, the United States feared Germany might launch at attack in the Western Hemisphere, most likely going from North Africa to northeastern Brazil. With Brazilian approval, American air bases were constructed and enlarged in northeastern Brazil. From there, supplies could be flown to the states, the Mediterranean, Africa, and elsewhere. The U.S. Navy also used Brazilian ports.
Brazil’s assistance to the Allied powers prompted German and Italian submarines to attack Brazilian ships. Thirty-six Brazilian merchant ships were sunk, and in August, 1942, Brazil declared war.
Sending men to fight was seen as a means of garnering special status after the war. Beginning in 1902, Brazil had sought close ties with the U.S., believing the United States would champion Brazil’s leadership in Latin America. Now, in the war, they would be a special ally of the U.S.

Over 25,000 troops in the Brazil Expeditionary Force deployed to Italy. The British opposed their deployment because of suspected Axis sympathies and in concern of having too many nationalities involved in the Mediterranean theater. The Brazilians came under the command of the U.S. Fifth Army, and 948 died in service during the war. After the war, Brazil declined Allied offers to stay as part of the occupying powers in postwar Europe. The BEF returned to Brazil and disbanded in late 1945.
Posted by Terri at 12:30 AM 3 comments: 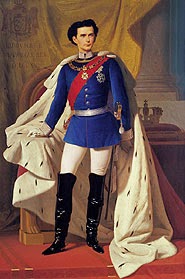 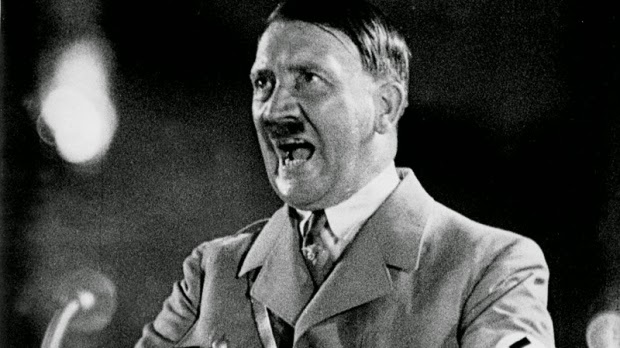 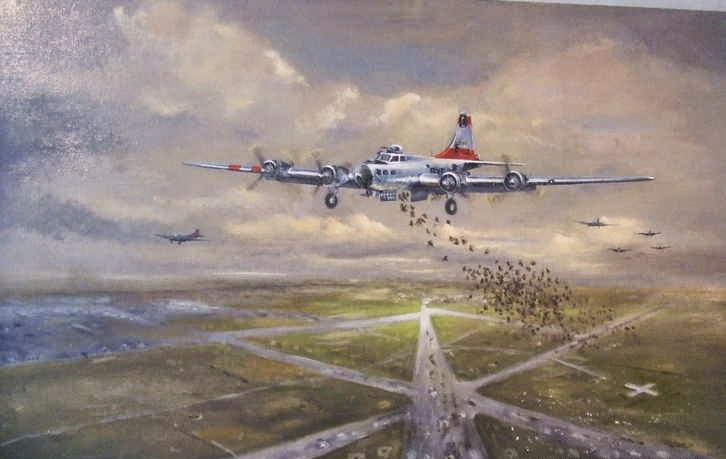 Seventy years ago, the Dutch were starving in the winter of 1944-45. Field Marshall Bernard Montgomery’s disastrous Operation Market Garden, designed to put his troops across the Rhine and into Germany’s Ruhr Valley, brought reprisals on the Dutch.
Over 50,000 Dutch men were sent as forced laborers to Germany. Their bread rations were reduced to two pounds per person per week. All electric trains and overhead wiring were sent to Germany to replace those lost in bombings. Civilians were prohibited from using electricity. All Dutch Jews were removed to Theresienstadt concentration camp in Czechoslovakia.
The time is known as the Hunger Winter. From exile in England, Queen Wilhelmina pleaded with the British and Americans to help her starving people.
After being told on April 1, 1945, by Albert Speer, Hitler’s minister for armament and production, that Germany could not keep up production any longer than two or three months, Arthur Seyss-Inquart, the Reich Commissioner for occupied Holland, summoned a Dutch official. Hoping to enhance himself with the Allies, Seyss-Inquart would allow the Allies to feed the Dutch on the condition they did not advance further into Holland, and the Germans would not flood the whole country by opening the dikes.
While the governments of Holland, Britain, and the United States grappled with how to deal with the Germans, General Eisenhower gave the job of planning a mercy mission to his chief of staff, Major General Walter Bedell Smith. He in turn summoned British Air Commodore Andrew Geddes. He had been in charge of Britain’s Second Tactical Air Force, turning plans into operations that worked. In short order he had a strategy worked out.

Geddes joined British Major General Sir Francis de Guingand to meet with four German officials. The Brits spelled out their plan. The Germans tried to say they couldn’t make any deals; they needed to report back to the Reichskommissar. Then, if there was to be talk of a truce, Seyss-Inquart wanted to confer with Eisenhower. They said it would take several days to make arrangements for their next meeting.
As they prepared to leave, de Guingand informed them Ike had decided to start food drops the next day.
Even though the Germans had not signed a document to hold their fire, on April 29, two British Lancaster bombers made a test drop near The Hague, Holland. Success! German guns had tracked them, but did not fire. That afternoon, 240 Lancasters made drops at six targets. For the British, Operation Manna had begun.
BBC broadcast to Holland, informing the Dutch of the drops, and urging orderly collection and distribution. The Germans heard, of course, and rushed guns and troops to the drop locations in case the Allies would drop paratroopers. The German police Sicherheitsdienst (SD) sent men to randomly open food parcels to check for weapons.
On Monday, April 30, the day of Hitler’s suicide, Bedell Smith and de Guingand led a delegation including Russians as a goodwill gesture. The Germans wanted to drag their feet, but the Allies countered all arguments. On May 1st, the Germans signed an agreement.
Because of weather conditions at the U.S. air bases, 400 American B-17 Flying Fortresses did not begin making food drops until May 1, before the signing. Between the 1st and the 8th, hundreds of Forts daily dropped tons of food, flying below 400 feet, skimming treetops. They called their part Operation Chowhound. The airmen loved dropping food instead of bombs.

The low altitude was necessary for accurate drops and less damage. Some bundles did drop into canals. Contents of broken crates immediately were taken to the nearest hospital or church relief group. Intact crates went to distribution centers. Very little pilfering occurred among the Dutch.
Several aircraft were shot at by Germans, but none were badly damaged. Only one B-17 was lost after an engine fire caused it to go down in the North Sea. Eleven men―crew and passengers―died, the only fatalities in the ten day mercy mission.
Colonel General Blaskowitz accepted surrender documents for Holland on May 5, signing the next day. Hostilities ended, but food relief continued.
An estimated 25,000 Dutch died of malnutrition during the Hunger Winter. At war’s end, only 35% of the Dutch population was reasonably healthy. They never forgot the time of hunger, or when food rained from the sky.
Recommended Reading: Operation Chowhound: The Most Risky, Most Glorious US Bomber Mission of WWII, by Stephen Dando-Collins.
Posted by Terri at 12:00 AM 2 comments: