Thinking About...Daniel and His Friends


Daniel and his friends were a foursome when they arrived in Babylon and took their training in the language and literature of the Babylonians. Together they dined on vegetables and water. Together they became administrators over the province of Babylon.
Then King Nebuchadnezzar set up his image of gold. He summoned all the officials to attend the dedication. When Shadrach, Meshach, and Abednego refused to bow down to the image, they got tossed into the fiery furnace. 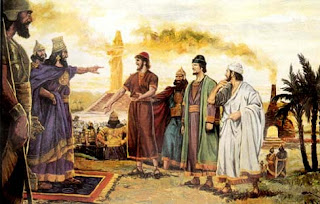 Where was Daniel? Surely he’d been “invited” to the dedication. Was he sick that day, despite his healthy lifestyle?
Years pass. Now Darius is on the throne. His straps stroke his ego with the command that anyone caught praying to any but the king be tossed into the lions’ den. Daniel was their target, and Daniel they bagged. 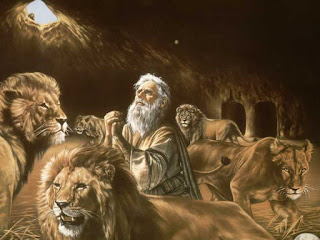 Where were Shadrach, Meshach, and Abednego? Didn’t they also annoy the straps? Had they already died? All three of them, on their healthy diet of veggies?
And why is Daniel usually referred to throughout the book as Daniel instead of his Babylonian name Belteshazzer, while Hananiah, Misheal, and Azariah are known by their new names?
Posted by Terri at 12:00 AM 1 comment:


Hitler liked Denmark. The Danes were fellow Aryans. They should be pleased to be part of the Third Reich. So when Germany easily overwhelmed the Danish army in two short hours on April 9, 1940, he allowed them to retain their king and government, and fly their flag.
The Danes, however, were not appreciative. They resented being a conquered land with an unwanted overlord. Anger festered. Resistance took shape. Strikes, demonstrations, and sabotage disrupted the seemingly peaceful country.
Hitler got mad. How dare they fail to show gratitude for being included in his Reich! The gloves came off. Time to rule with an iron fist. Step one: eliminate the Danish Jews.
Unlike the other European countries, Denmark’s Jews had been unaffected by Nazi rule. They still lived in their homes, conducted their business, went to school, and did not wear yellow stars. They lived just like all the other Danes.
The order to round up the Jews came on September 22, 1943. Germany’s governor of Denmark, Werner Best, shared the telegram he received from Foreign Minister Joachim von Ribbertrop with his friend, Georg Duckworth.

Duckworth was a high-level staff member with the German embassy in Copenhagen, and a Nazi Party member. He did not agree with killing Denmark’s 8,000 Jews. Despite being suspected by the Gestapo of being untrustworthy, he hurried secretly to Sweden and urged the neutral Swedish government to give sanctuary to Denmark’s Jews.
On September 28, he betrayed his country by meeting with Hans Hedtoft, a Danish politician, and informed him of what was about to happen on October 1st. Hedtoft immediately spread the word among the Jews and non-Jews of Denmark.
Most of the Jews did not have non-Jewish connections to seek help from. It did not matter. They were approached by strangers who offered them keys to their homes, who invited them to stay with them as their escape was arranged. Then fishermen took them to Sweden. 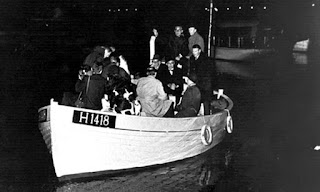 Even German soldiers looked the other way. They could be traveling on the train with Jews heading for the coast, and both groups ignored the other. The soldiers didn’t want to hassle the Danes. Most were older, recovering from wounds, or had little training. They considered Denmark as the Whipped Cream Front, with plenty of food and easy duty.
Two cargo ships arrived in Copenhagen’s harbor, along with extra Gestapo and German police to scoop up the Jews. They’d already stolen files of names and addresses from the Jewish Community Center. But when they raided Jewish homes, few could be found.
Fewer than five hundred Jews who missed the warning or failed to heed it, or those who were old and sick, or families with children, were found and sent to Theresienstadt concentration camp. Even there, Denmark did not forget them. Packages of food and clothing were sent. The king and his government kept pressure on the Germans to treat them humanely.
The critical aid received from their country enabled the Jews to survive. Only a few of the elderly and ill died. And a month before the end of the war, the Danes, with Swedish help, sent a fleet of Red Cross buses to bring the Jews back to Denmark. 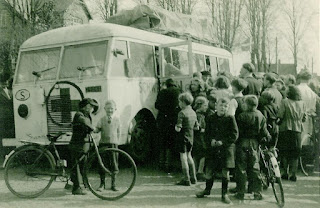 After the war, the Jews in Sweden returned to cheering crowds and found their homes and businesses intact, waiting for them.
Georg Duckworth was recognized by Israel in 1971 as one of the Righteous Among the Nations. Israel could also have recognized Denmark as a Righteous Nation.
Posted by Terri at 12:00 AM 3 comments:

The Children's Train: Escape on the Kindertransport


The Children’s Train starts out as a hard read. Young Jewish children have no idea why they are being mistreated. The attacks escalate, and their elders are powerless to stop the violence. Some parents are arrested, never to be seen again; others return broken, soon to die. 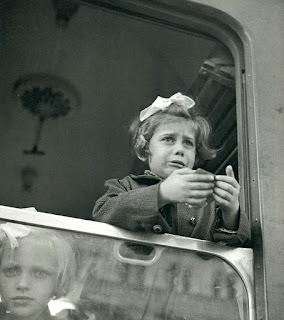 Peter, who never had any inclination to play rough sports, loves to play his violin. After his father dies from mistreatment, his mother manages to get him and his sister Becca on a kindertransport. The British have managed to arrange for Jewish children to come to Britain. Becca ends up in a wealthy home and a comfortable life. Peter becomes little better than a servant doing all the farm chores for a couple in Coventry. His friends Stephen and Hans are also in England, but Eva, the prettiest girl Peter has ever seen, is robbed of her seat on the train by her no-good brother.
As time passes, shy Peter becomes bold and joins the crusade against Hitler.
Ten thousand children escaped to England on the kindertransports. Few ever saw their parents again. The Children’s Train offers a glimpse of what life was like for those children, both in Germany and then in England. Besides Peter and Becca, we follow Charlie, whose father pulled him off the train, unable to part with his son; Noah, the orphan stowaway who is discovered and tossed off the train; Eva, who ends up in the camps; Stephen and Hans, who lose everything.
It’s a heart-wrenching tale, made all the more poignant because we know it accurately portrays life for the German Jewish children in the Third Reich. Most of the children never saw their parents, who were murdered during the Holocaust. 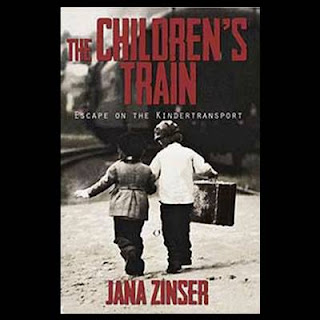 Author Jana Zinser introduces her story:
“It is with great passion that I tell the story of these children who lived in a time of tremendous evil and had to be bold just to stay alive. Although the children in my story are fictional, they represent both the many children who rode the Kindertransport and those who were not lucky enough to get a seat on the train. Since the moment I heard their historic tale, they have not left my mind. The Kindertransport children came to live in my conscience and would not leave until I told their story.
The Nazis killed six million Jews. One-and-a-half million of those Jews were children. Peter and Becca represent two of the more than ten thousand children who safely escaped to England on the Kindertransport.

Most of the Kindertransport children never saw their parents again. All of them survived in their own ways and found their own paths in the world. If their tragedy taught them anything, it was that as long as there is life, there is hope, and sometimes, if you’re lucky, love. The children who survived these times are now in the twilight of their lives. But, in each, I imagine the heart of a child still lives and remembers what it was like to face the fear and sorrow that no child should ever know. They have shown us how valuable life is—and how hope can push us to survive beyond anything we thought we could bear. If we have learned anything from the struggles of their young lives, we will not be silent and stand by when evil comes calling. We will fight back.” 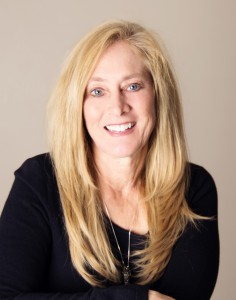 The Children’s Train is now available.

What Does Tom Landry Bring to Mind?

What comes to mind at the name of Tom Landry? Dallas Cowboys coach? Super Bowl winner? B-17 Flying Fortress copilot? All of the above?
Landry was an 18-year-old freshman at the University of Texas in 1942 when his family received word that his older brother Robert was dead. Lieutenant Landry’s plane had gone down in the freezing waters of the Atlantic near Iceland. His B-17 had exploded, no remains were found, and the family buried an empty casket containing duplicate tog tags.
Tom enlisted in the Army Air Force reserves, ready to follow in his brother’s footsteps. He was called up in February, 1944. As one of the youngest B-17 copilots, he arrived in England that autumn aboard the Queen Mary. He was assigned to the 493rd Bombardment Group in Debach, England.

By that time, the German Luftwaffe had been pretty much destroyed. Landry and his crewmates didn’t have to worry about fighters as about flak from the ground guns. Tom’s first mission came on November 21, as part of a two thousand plane armada to destroy the Merseburg synthetic oil refineries. For the rest of his life he would remember the sky filled with exploding flak and the helpless feeling of flying into that angry black cloud.
Many of their missions took them to distant targets that stretched the bombers’ fuel supply. Tom Landry discussed two missions in his autobiography. Both featured high drama because they were low on fuel. Once, over the Netherlands, all four engines quit. They would have to bail out and risk capture or death. At the last moment, Tom pulled forward the fuel mixture control knob, and the engines roared to life. After a later flight to Czechoslovakia, they crash-landed in liberated France with their engines coughing on fumes.
Landry flew thirty missions before returning home.  He left Texas as a young man with a narrow worldview, having never really been out of the Rio Grande Valley before graduating from high school. He returned to college and football with a much broader perspective. He had flown all over Europe in a B-17, faced down fear, and gained confidence in himself.

This member of the Greatest Generation was inducted into the Pro Football Hall of Fame in 1990 and the Cowboys’ Ring of Honor in 1993. After being diagnosed with acute myelogenous leukemia in May 1999, the coaching legend passed away on February 12, 2000.