I learned about the solar system in second grade. Mercury―closest to the sun and looking like the moon. Venus―a steam bath. Earth―in living color and full of life. Mars―the red planet. Jupiter―jumbo sized and bearing a spot. Saturn―festooned with rings. Uranus―nothing special. Neptune―same as Uranus, but even further away and colder. Pluto―the little guy in an elliptical orbit. 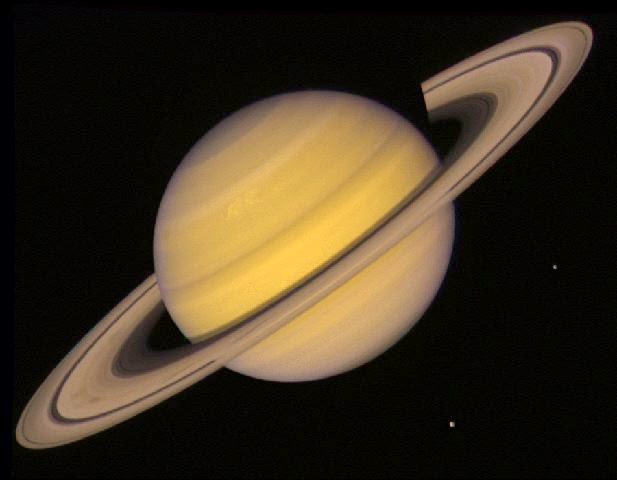 Saturn fascinated me. All those lovely rings. I’ve even had a look at the sixth planet through a microscope during college. It looks just like its pictures, only smaller.
Back to second grade. I don’t remember what the occasion was, but the two second grade classrooms presented a program (for our parents, I think, about what we were learning, apparently). Nine of us were chosen to represent the planets. My classroom took the odd numbered planets. I was selected for Uranus.
Clay models were hung around our necks. I stood on stage with my clay ball, next to Saturn with its cardboard rings. Oh, how I wished I was adorned with Saturn instead of Uranus. Who cares about Uranus? 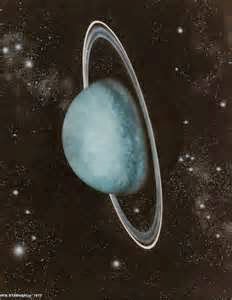 Years later, new truths were discovered. Pluto, they say, isn’t a planet. And Uranus has rings, too! I was cheated! I should have stood on stage with cardboard rings stuck in my clay ball.
Do you have a favorite planet?
Posted by Terri at 12:00 AM