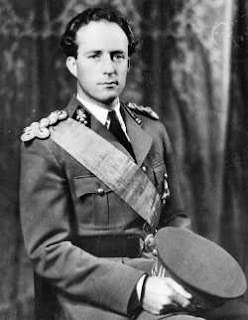 After the war, the Socialist government didn’t want him back. He lived in Swiss exile and abdicated in 1951 in favor of his son Baudouin.
Posted by Terri at 12:00 AM