In a recent Facebook post, I asked, if you had been in the service during WWII, which celebrity visitor would you have asked for an autograph from? One answer was Gregory Peck. Who doesn’t admire the aristocratic actor with the voice that is, according to one obituary, “a sonorous mix of strength and tenderness.”


Wondering about his World War II military service, I discovered he didn’t serve.
He was an English major who planned on becoming a doctor, but while he was at Berkeley, he was recruited to appear in plays. He became an actor. 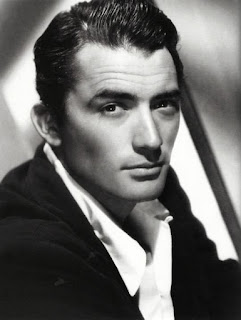 Born Eldred Gregory Peck in April, 1916, he dropped the Eldred and headed to New York after graduation. Money was tight; he sometimes slept in Central Park. He began appearing in plays in 1941.
Acting jobs kept him busy during World War II. He was exempt from military duty due to a back injury he suffered in a Martha Graham dance class. Twentieth Century Fox would say he suffered the injury while rowing for Berkeley. According to Peck, “In Hollywood, they didn’t think a dance class was macho enough, I guess.” 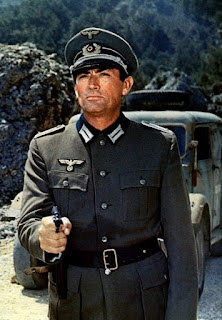 He was nominated for the Academy Award for Best Actor four times in his first five years of acting, eventually winning the Oscar in 1962 for “To Kill a Mockingbird.”
The 6’3” actor was a lifelong Democrat. Had President Johnson sought re-election in 1968, he would have offered Peck the ambassadorship to Ireland. With his Irish ancestry, Peck said he may have taken the job. In 1987, Peck did voice-overs for television commercials opposing President Reagan’s nomination of Robert Bork for the Supreme Court.
Peck married his first wife in 1942 and fathered three sons. During the marriage, he had a brief affair with co-star Ingrid Bergman. On New Year’s Day, 1956, the day after his divorce, he married his second wife, Veronique, a Paris reporter who had interviewed him in 1952. They had a son and a daughter.