Learning more about my Belgian ancestry has led to greater interest in Belgium’s history. I knew Belgium had been overrun by Germany at the beginning of World War I, but I hadn’t known how bad the war was for Belgium until reading a new book about the Americans who went to Belgium to provide relief for the starving nation. 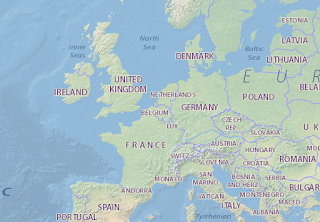 Belgium became a country in 1830. It was a divided country of French-speaking Flemings and Dutch-speaking Walloons. By the time of World War I, Belgium was the most industrialized country in Europe, and the most densely populated. It imported 75% of its food.
The Germans kicked off their war by marching through Belgium to get into France and capture Paris. They didn’t expect the Belgians to display nationalistic feeling when they were already divided ethnically. The Germans were shocked when the Belgians resisted their advance. They felt swindled by the Belgian endeavor to maintain independence, and their timetable for winning the war by Christmas was obliterated.
Their occupation of Belgium turned brutal. Men, women, and children were executed for resisting. Belgian industries were dismantled and transported to Germany, leaving massive unemployment in Belgium. Forty million francs per month was demanded as a contribution to the war. Thousands of men were deported for slave labor in Germany. Movement outside of one’s town or village was forbidden without difficult-to-obtain passes. Imports and exports were stopped, which meant starvation.
Belgian representatives traveled to London, looking for a way to avert the starvation of the country. Herbert Hoover, a wealthy American industrialist who was helping Americans stranded in Europe by the war, volunteered to lead the effort of getting food to Belgium.
The British were against the neutral effort to feed the ten millions people of Belgium and northern France cut off by the German occupation. They believed the Germans were obligated to feed the conquered people. By allowing the Belgians to starve, more German troops would be required to stay in Belgium to subdue the inevitable revolts. By relieving the Germans of that duty, the Commission for Relief of Belgium prolonged the war.

The Germans allowed the relief because they saw it as serving their interests. Belgium would remain peaceful if fed, making their occupation easier. As the war dragged on, they, too, put up resistance. The British blockaded the North Sea to starve the Germans. They would have to relax the blockade to save Belgium, but the CRB weakened the pressure to do so.
They also came to resent the hero image the American delegates acquired for the Belgians. Belgium was their country now. It was the people’s duty to be submissive to them. Besides, the Americans were probably spying. (Yes, they did report on what they saw of Germany’s ability to carry on the war.)
Both sides allowed the relief to continue because Herbert Hoover masterfully orchestrated a worldwide PR campaign to highlight the plight of the Belgians and gain universal sympathy that the belligerents couldn’t ignore.
When the American relief delegates had to leave Belgium in 1917 upon the US entry into the war, the still-neutral Netherlands and Spain kept the relief going to feed Belgium.
Further Reading: World War I Crusaders: A Band of Yanks in German-occupied Belgium Help Save Millions From Starvation as Civilians Resist the Harsh German Rule. By Jeffrey B. Miller
Posted by Terri at 12:00 AM

Email ThisBlogThis!Share to TwitterShare to FacebookShare to Pinterest
Labels: World War I Crusaders