Topics we study in history books affected our ancestors in ways we may never realize. For most of my ancestors, I know little about them, but they are my history.

When I first began studying my family’s genealogy, I thought I had 3/4 German ancestry, 1/8 Belgian, and 1/8 French. Years later, I learned the Belgian and French Canadian were both 1/16, and I have 1/8 Dutch ancestry. 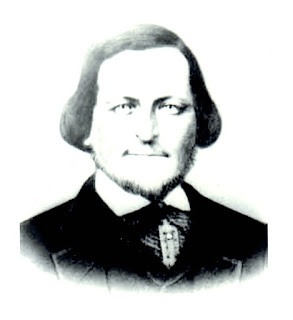 My great-great-grandfather Gerardus Vogelzang (bird song) had Americanized his name to George Vogels, making his history hard to trace. Once I knew he was Dutch, I found him on the CD, “Immigration Records, Dutch in America 1800s.”

He was born in Sambeek in southern Netherlands, close to the German border. In 1850, Sambeek had a population of about 1,300. At age 33 in 1857, George emigrated to America, hoping for economic improvement. He was a farmer, in the “less well to do” social class.

Some time in the next eight years, he married Theodora Maria Van der Heiden, now known as Mary Vogels. They had six children, the youngest being my great-grandmother Kate, born in 1875. According to the 1870 census, George’s three teenage nephews had come from the Netherlands and were living with the family. His brother and sister-in-law had died in 1867 and 1861. George too died in 1876, nineteen months after Kate was born.

Typical for widows with young children and a farm, Mary remarried a year later and had three more children.

One of my favorite genealogical websites for Dutch ancestry is https://www.wiewaswie.nl/en 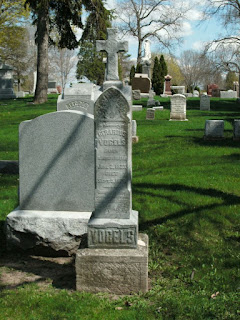