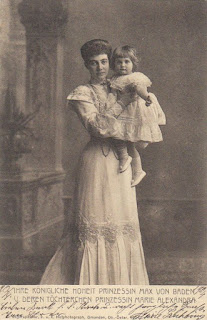 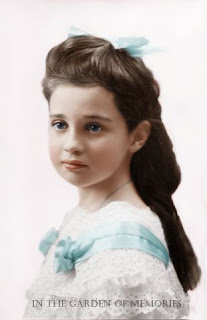 Once upon a time, a princess was born in Salem, Baden-Württemberg, on August 1, 1902. She was christened Marie Alexandra Thyra Victoria Louise Carola Hilda. Known as Princess Marie Alexandra, she enjoyed a happy childhood with her brother, Prince Berthold. 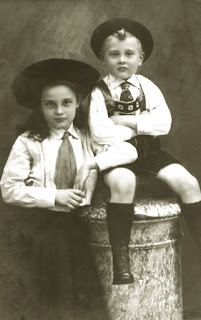 She married her prince in September 17, 1924. Prince Wolfgang of Hesse did not seem to embrace the Nazis that took over Germany in the 1930s. Princess Marie Alexandra and Prince Wolfgang had no children. 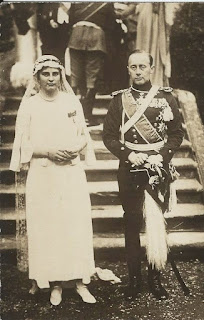 With their country at war, Princess Marie Alexandra did what she could. On January 29, 1944, she and seven women who were aid workers took shelter in a cellar during a bombing raid in Frankfurt am Main. The building was bombed, and the weight of its collapse killed the women.
The fairy tale ended.
Posted by Terri at 8:51 AM