The Trip I Didn't Make


What do you think of when someone says they’re going to New York City? The Statue of Liberty? The Empire State Building? Broadway?
Last week, my dad and brother left a few days early for a business trip to New Jersey to sightsee in NYC. My brother kept me apprised of their activities through cellphone photos. They went to One World, the Flatiron Building, B&H Photo, and the aircraft carrier Intrepid.
B&H Photo? Well, what do you expect of professional photographers? 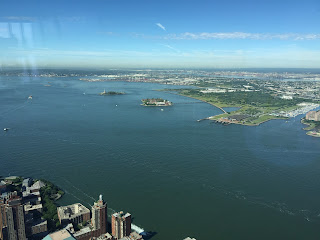 Dad had visited One World last year, and wanted Jim to see it. On a clear day, you can see forever. After that visit, what’s the point of going to the Empire State Building?
They didn’t visit Miss Liberty. First, they would have had to get to the ferry out to Liberty’s island. Once there, how much can you see looking up at the statue from her feet? No point in going inside the statue, because, again, they’d already seen the best view in town. 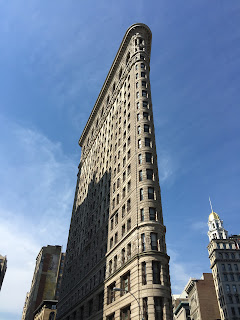 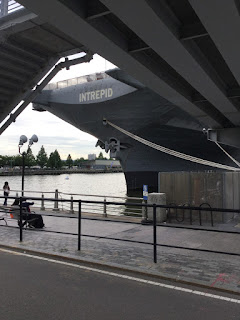 Intrepid, along with the submarine and Concorde, are understandable. Less understandable is their failure to see the space shuttle.
They spent considerable time during the couple of days traipsing hither and yon. It’s noisy and crowded. Traffic is horrendous. They got to a wax museum only to discover their tickets had expired the day before. 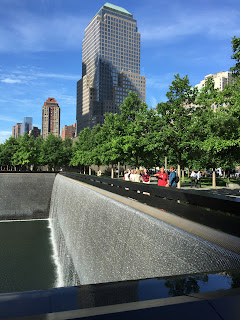 Did I miss much? Yes. I’ve never been to New York City despite all my globetrotting. I would have enjoyed their stops, except for B&H. I would have pushed for the Statue of Liberty.
What would you most like to see in New York?
Posted by Terri at 12:00 AM