Eleanor Roosevelt is known for her public activism and passion for human rights, championing the poor and oppressed. In Eleanor, A Spiritual Biography, the author traces how she came by her religious faith and how it prompted her actions. 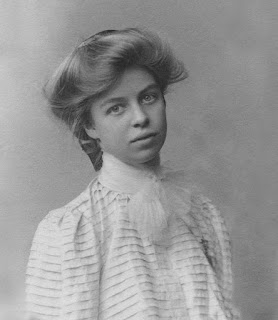 She was a lifelong member of the Episcopal Church and her understanding reflected the thinking of many who attend mainline churches. She believed in preparing for eternity by building a just world for all God’s children. This she did through her travel, columns, articles, interviews, and lectures, focusing attention on injustice and inhumane conditions.

Her outspokenness made her a target of hatred and criticism. She believed it did little good to believe something unless she told her friends and associates her beliefs. She was more concerned with how one lived one’s faith than with the particularities of one’s beliefs. Her personal mantra was “The way your personal religion makes you live your life is the only thing that matters.” 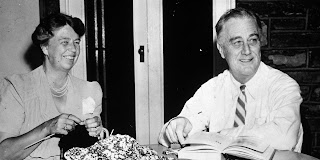 What religion one belonged to didn’t matter as long as one practiced that religion. One of her great-grandsons became a Reconstructionist rabbi, and the author believes that would have pleased her. During World War II, she harbored prejudice against Jews, writing to a friend in Germany, “I realized quite well that there may be a need for curtailing the ascendency of the Jewish people.” Many close friends were Jewish.

Jesus’ commands to care for “the least of these” spurred her activism. Yet she did not believe in hell or the virgin birth. She believed the story of Adam and Eve to be allegorical. On the basis of science, it couldn’t be true. For her, there was only one fundamental law: love one another. Everything else, including the Ten Commandments, was all interpretation.


There is no denying the good she did in a time of social upheaval. Her personal feelings may have been contradictory, but she pressed on because she took to heart and practiced the command to love one another.
Posted by Terri at 12:00 AM