When I first read Linda Matchett's new novel Under Fire, the setting of Lake Winnipesaukee in New Hampshire resonated with me. I've been there. Also the mention of the classic boats, which during World War II were not classic, but contemporary.
Set in World War II, it ranges from New Hampshire to England to Ireland, and back to England. Questions often come to mind while reading and this time, I had the opportunity to ask Linda about Under Fire.

I recognized Lake Winnipesaukee right away, but it’s not named. Why? Too big a mouthful?
LOL! Most people do stumble over the name the first few times they try to say it (BTW, it’s pronounced win-eh-peh-sock-ee). I decided that writing about a fictional location would be easier. With all the WWII research I had to do to ensure historical accuracy, I didn’t want to have to research the town’s history too.

Since my family’s business is publishing Classic Boating magazine, I was right at home reading about Chris-Craft and Lyman boats. (Yes, those wartime boats are classics now.) Have they been part of your life?
Not at all. I grew up boating on the Potomac River with my dad in his twelve-foot Jon boat. I was unfamiliar with wooden lake boats until we moved to New Hampshire. I’ve had several opportunities to ride in Lymans and Chris-Crafts, and there’s nothing like the experience. The gorgeous wooden hull, cushy interior, throaty snarl of the engine, the speed across open water.

Ruth lives a very adventurous life, traipsing of to London on her own in wartime, sneaking into places and spying on bad guys. Do you live vicariously through your characters? Is this the way you’d like to see yourself?
I have definitely lived vicariously through Ruth. She is much braver than I am in many ways. I have a fear of heights and am claustrophobic, so I admired her ability to scale walls and fences and squeeze into tiny hiding places. I also get lost easily, so I can’t imagine having to navigate a city where the signs have been removed. 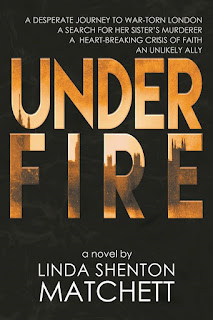 Under Fire is full of twists and turns. Did you plot the novel before writing or did ideas come as you wrote?
I did plot the novel before I began. The first full length story I wrote as an adult was done free form, and it lagged and sagged in the middle, and I often got writer’s block. Since then I’ve always outlined my books. I also write extensive biographies for my characters. I allow my characters to wander “off script,” and sometimes an idea will come to me and I’ll change what I had planned, but for the most part I know generally how the story is going to go.
Where did the inspiration for Under Fire come from?
As a former HR professional, I am intrigued about women’s employment experiences in the early 20th Century. I love reading about women who were trailblazers in their field, and I’ve got a background in journalism.  When I learned that only 127 of the 1,600 certified war correspondents were women, I knew what I wanted my protagonist to do for a living. Once I had nailed that down, I decided to explore how the WWII impacted people’s faith in God (e.g. how could a loving God allow Hitler to succeed, etc.), and I wanted Ruth to experience a personal crisis of faith as well. That’s when I decided to make her sister disappear.

I’ve just read your novella A Love Not Forgotten. Parts seemed familiar and sure enough, it’s a companion to your Love’s Harvest. Do you anticipate Ruth showing up in a future project?
I’ve got two more Ruth Brown mysteries written with several story ideas percolating.

What are you working on next?
I am working on a mystery about a young woman who joins the USO to escape an arranged marriage. When her fiancé is found dead, she must prove her innocence.

Under Fire Blurb: Journalist Ruth Brown’s sister Jane is pronounced dead after a boating accident in April 1942. Because Jane’s body is missing, Ruth is convinced her sister is still alive. During her investigation, Ruth becomes suspicious about Jane’s job. Eventually Ruth follows clues to war-torn London. By the time she uncovers the truth about Jane’s disappearance, she has stumbled on black marketers, resistance fighters and the IRA – all of whom may want her dead. 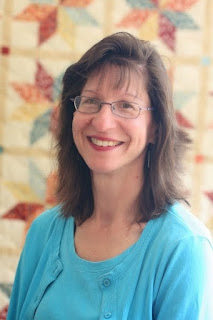 Bio: Linda Shenton Matchett is a journalist, blogger, and author. Born in Baltimore, Maryland, a stone’s throw from Fort McHenry, Linda has lived in historical places most of her life. She is a volunteer docent at the Wright Museum of WWII and as a Trustee for the Wolfeboro Public Library. Active in her church Linda serves as treasurer, usher, choir member, and Bible study leader. She is author of several romance novellas. Under Fire, the first in her trilogy about amateur sleuth/war correspondent Ruth Brown has just been released by eLectio Publishing (electiopublishing.com). Click here (eepurl.com/cp_SRL) to receive Linda’s monthly newsletter that includes book reviews, links to free book sites, historical tidbits, and more.