Ode to the Dachshund


Nationalistic feelings ran high during World War II. A young girl walking her Dachshund was heckled for having a German dog. She protested. Her dog had been born in America.
The small dog with the distinctive long body and short legs traces its beginning to the 1600s in Germany. Bred for hunting burrowing animals, primarily the badger, the Dachshund's low-slung body enables it to access tunnels and dens with ease. Their name translates as badger dog (dachs-badgers; hund-dog).
In the years before the war, Dachshunds had moved to sixth place among registered dogs in the United States. The war did bring them some ill repute, but Dachshunds maintained their fans. Their popularity continues to grow, and they now enjoy starring in Dachshund Derbies during Octoberfest celebrations. Milwaukee's German Fest offered a Dachshund Derby nine years ago with the idea it would be a one-time event. It proved to be a hit and continued, with 93 dogs participating this year. 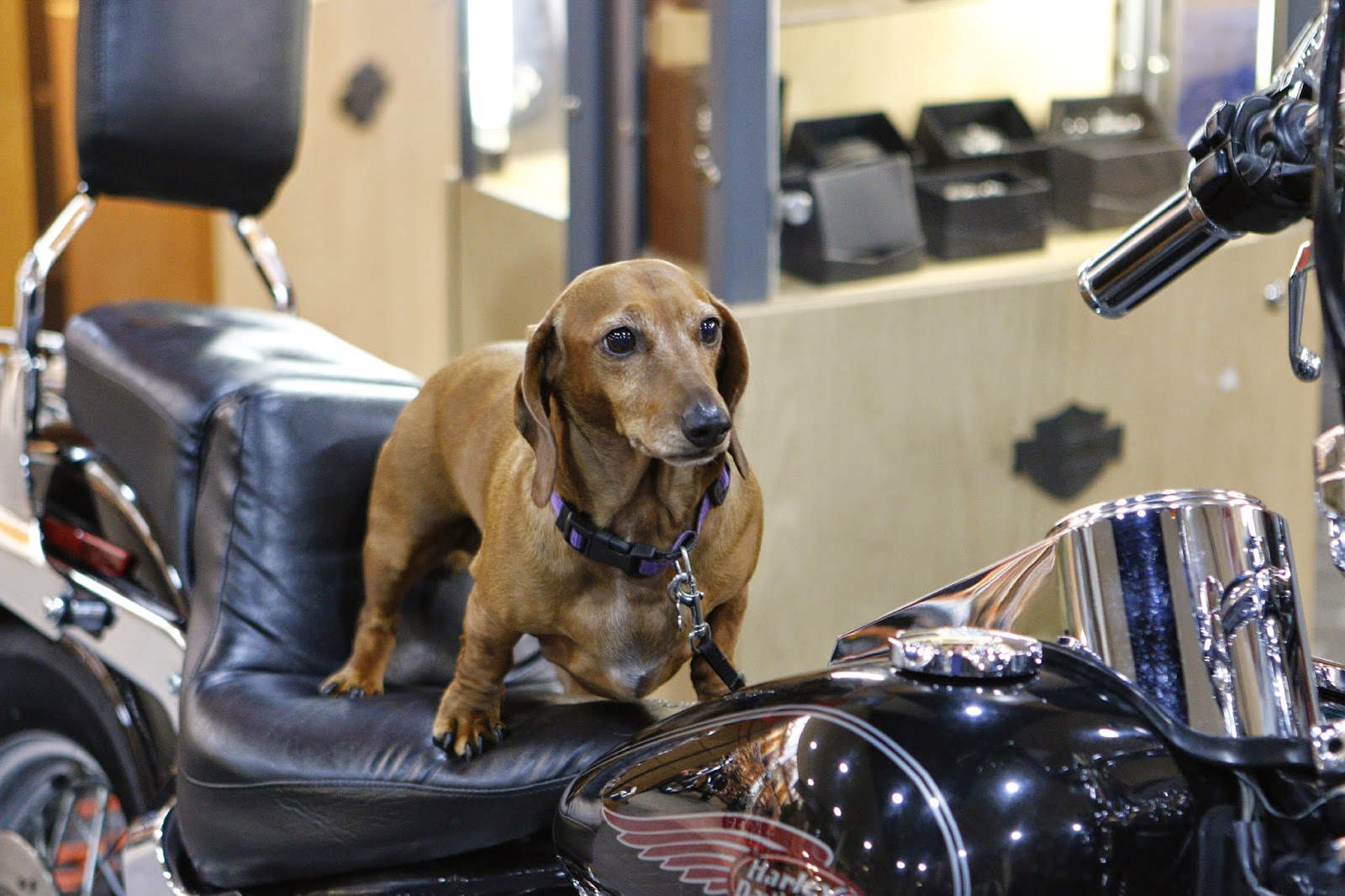 The local Harley Davidson dealer staged their first annual derby last weekend. Step inside the dealership, and the immediate impression is there are as many dogs as motorcycles. Despite their small size, the dogs have a loud bark, creating a clamor as they greeted each other.
The highlight of the day was the Derby. Ever see a bunch of house pets suddenly become involved in a foot race? With a family member waiting for them at the finish line, some dogs ran straight to waiting arms. Others got distracted by intriguing scents, slipped through the barricade to explore, or sat down. 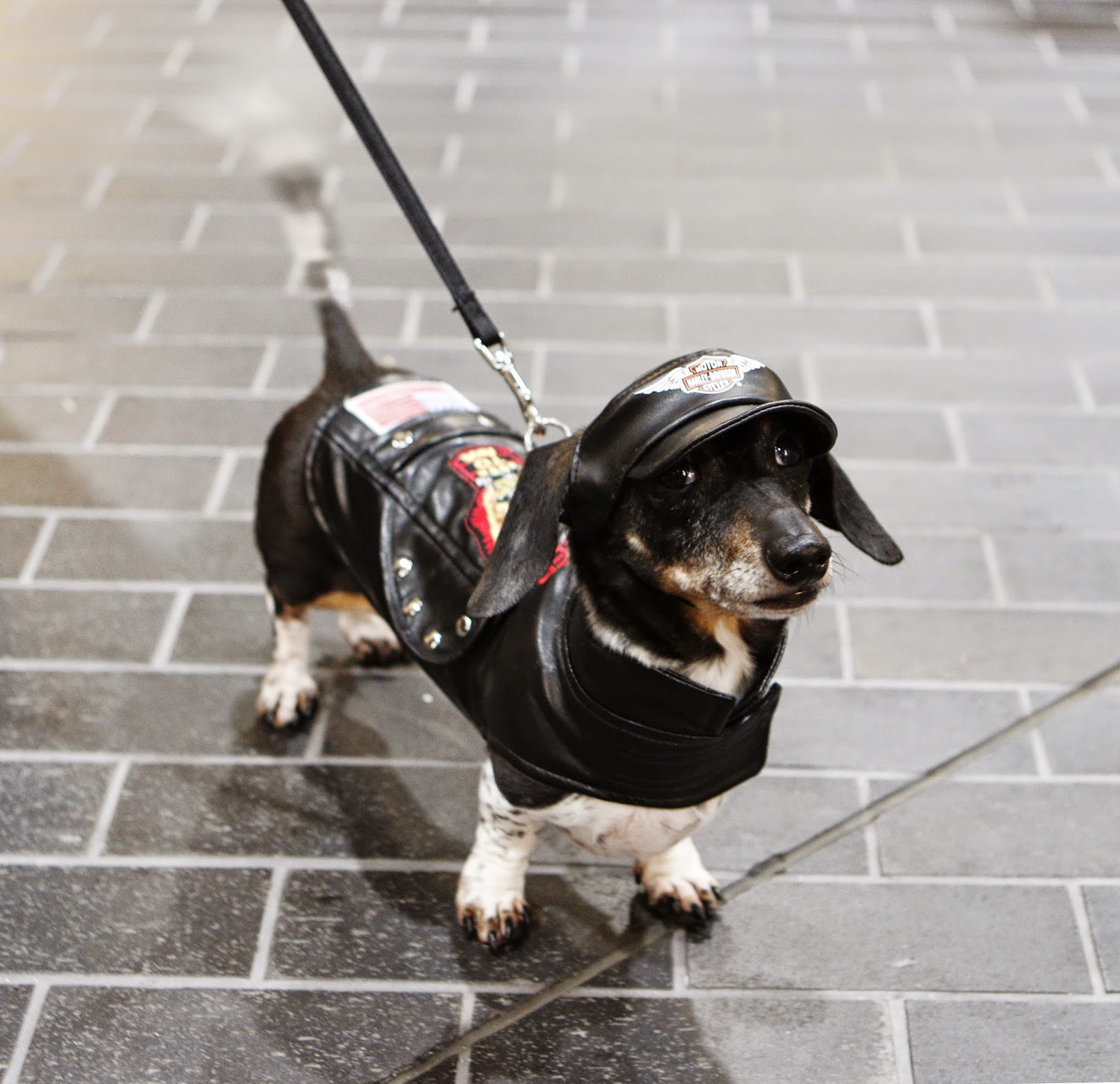 The fun included a costume contest. My personal favorite, but not the winner, was the little Harley dude in his leather cap and jacket. He was too fond of the outfit, and repeatedly shook himself, trying to get free.
Dachshunds come in short,  smooth coats, long silky coats, and a wiry coats. Colors range from the familiar red to black and tan to cream and more. Some are patterned in dapple, sable, or piebald. Those with different colored eyes are prone to visual and hearing problems.
They are not recommended for families with young children because they lack much patience for being mishandled. They do love to play and enjoy a game of catch. Care must be taken since the Dachshund's long body makes him prone to disc-related injuries.
When the main character in my first manuscript suddenly found himself in dire straits, I gave him a little lost Dachshund puppy to be his companion in a trek across enemy territory.
Look at them. Could you resist?