One of the lesser known incidents of World War II occurred during the week of the Pearl Harbor attack on Sunday, December 7, 1941.
In their briefing before they attacked the American naval base, Japanese pilots were told to head for the westernmost Hawaiian Island, Niihau, if they had airplane trouble. A submarine assigned to rescue duty would pick them up.
Twenty-two year old Zero fighter pilot Shigenori Nishikaichi flew escort of a flight of bombers during the attack. During an aerial dogfight with a flight of obsolete Curtiss P-36A fighters, Nishikaichi’s gas tank was punctured. He wouldn’t make it make to his carrier, the Hiryu. Niihau lay 130 miles to the west. Along with another damaged Zero, he headed for the island. 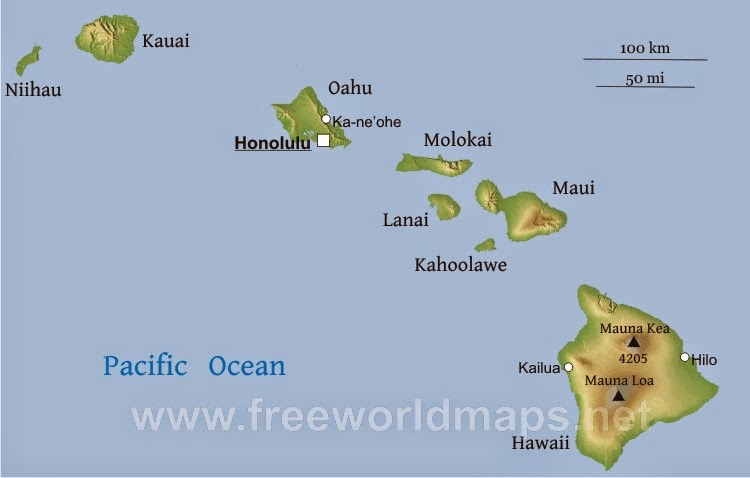 When they reached the eighteen-mile-long, six-mile-wide island, they discovered Japanese intelligence was wrong. The island of Niihau, owned by the Robinson family since 1864, was home to 136 residents, mostly native Hawaiians whose primary language was Hawaiian.
Unsure what to do, they turned away. The other pilot suddenly dove into the sea. Nishikaichi headed back to the island and made a rough landing in a pasture near a lone house. The plane’s wheel hit a fence, causing the plane to nose in. His safety harness broke free and Nishikaichi slammed into the instrument panel.
The home’s occupant, Howard Kaleohano, pulled the pilot out of his plane, along with his gun and official-looking papers. He took him to his house, where his wife served him breakfast. Since Nishikaichi spoke limited English, the Kaleohanos summoned 60-year-old Ishimatsu Shintani, who was born in Japan but had lived in Hawaii for over forty years.
Shintani was reluctant to get involved. After a brief conversation with the pilot, he looked shocked and left without telling the Kaleohanos what was said.
Next they brought Yoshio and Irene Harada, Japanese Americans whom the Niihauans considered more Japanese than Hawaiian. Nishikaichi informed them of the attack on Pearl, but the Haradas did not relay that crucial information to their neighbors.
The rescue sub never came; it had been ordered to proceed toward Oahu in the early afternoon.
Niihau had no electricity or telephones. Unaware of the attack, the islanders held a luau for the pilot. That night, the islanders heard a report of the attack on a battery-operated radio.
The next morning, they took Nishikaichi to the dock where Aylmer Robinson was expected to arrive for his weekly visit. Unknown to them, in the wake of the Pearl Harbor attack, all boat traffic had been banned in the channel between Niihau and Kauai, where Robinson lived. Robinson didn’t come.
While they waited, Nishikaichi and Harada spoke privately. The pilot told Harada that Japan would surely win the war if Pearl’s lack of defense was any indication. He lured Harada into treason.

By Thursday, they’d gotten Shintani involved. They sent him to the home of Howard Kaleohano to demand the return of Nishikaichi’s documents, which the pilot had been told should not fall into American possession. Kaleohano refused to return them.
Harada stole a pistol and a shotgun from the Robinson’s unused ranch house. He and the pilot overpowered the Niihauan guard assigned to watch Nishikaichi while Irene Harada played a phonograph record to drown any sounds of struggle.
Harada and Nishikaichi went to Kaleohano’s house for the papers. When they didn’t find him at home, they went to the crashed plane, apparently to try to use its radio. They forced the 16-year-old guarding the plane to accompany them back to Kaleohano’s house. This time they found him there. Harada fired at him, but missed. Kaleohano escaped, and warned the islanders before heading to the northern tip of the island to build a signal fire.
The overpowered guard escaped from the warehouse he’d been locked in, and added his own warning. The Niihauans scattered to remote parts of the island.
That night, Kaleohano and five other men rowed against the wind on a ten-hour journey to Kauai. With Kaleohano’s report, Aylmer Robinson was finally allowed to mount a rescue mission. It would arrive too late.
Meanwhile, Nishikaichi and Harada captured Kaahakila Kalima, whom Harada sent to inform his wife that he would not be returning home that night. Nishikaichi and Harada walked through the deserted village, firing their weapons and yelling for Kaleohano.
After delivering the message, Kalima had joined his wife and Ben and Ella Kanahele on the beach. When the men went back to the village looking for food, they were captured by the enemy duo. After searching Kaleohano’s house for Nishikaichi’s papers to no avail, they burned the house down. They forced Ben Kanahele, a powerful, six-foot, forty-nine-year-old, to find Kaleohano. Ben knew Howard had gone to Kauai, but pretended to search.
Nishikaichi threatened to murder all the islanders if Kaleohano wasn’t found. Ben demanded in Hawaiian that Harada take away Nishikaichi’s pistol. Harada refused, but asked the pilot for the shotgun.
By this time, Friday night, Nishikaichi was exhausted. As he handed the shotgun to Harada, Ben lunged for him. Nishikaichi managed to pull his pistol from his boot and shot Ben in the chest, groin, and hip. Undaunted, Ben grabbed him and threw him against a stone wall. Ella bashed his head with a rock. Ben then slit Nishikaichi’s throat with a knife.
Harada rammed the shotgun into his mouth and killed himself. The hostile takeover ended.
Ben Kanahehe recovered from his wounds and received the Medal of Merit and the Purple Heart. His wife received no official recognition. Ishimatsu Shintani spent the war years interned on the mainland. Irene Harada was imprisoned until late 1944.
The actions of the three Japanese Hawaiians, according to a Navy report in January, 1942, indicated “the likelihood that Japanese residents previously believed loyal to the United States may aid Japan.” There’s a good chance the Niihau incident helped persuade the government to intern over 100,000 people with Japanese ancestry away from the West Coast.

The Niihau Incident: The True Story of the Japanese Fighter Pilot Who, After the Pearl Harbor Attack, Crash-Landed on the Hawaiian Island of Niihau and Terrorized the Residents  by Allan Beekman