The Doolittle Raid on Japan in April of 1942 did little physical damage, but deeply embarrassed the Japanese high command. They wanted revenge.
They sent their submarines to the American west coast to raid shipping and attack U.S. warships bound for Alaska and the Aleutian Islands.
Sub I-25 slipped through minefields under the cover of a fishing fleet near Astoria, Oregon, and fired on Fort Stevens on June 21, 1942. Shells cratered the beach and a skunk cabbage patch, damaged a baseball diamond's backstop, and nicked a power line.
The submarine returned on September 9. A seaplane with its wings and tail folded was tucked into a hangar on the sub's deck. The seaplane was catapulted off the sub with Nobuo Fujita at the controls. He carried two 176-pound incendiary bombs under his wings. The Japanese intent was to ignite a devastating forest fire that would spread to cities, destroying homes and factories, demoralize and panic Americans, and divert resources from the war. 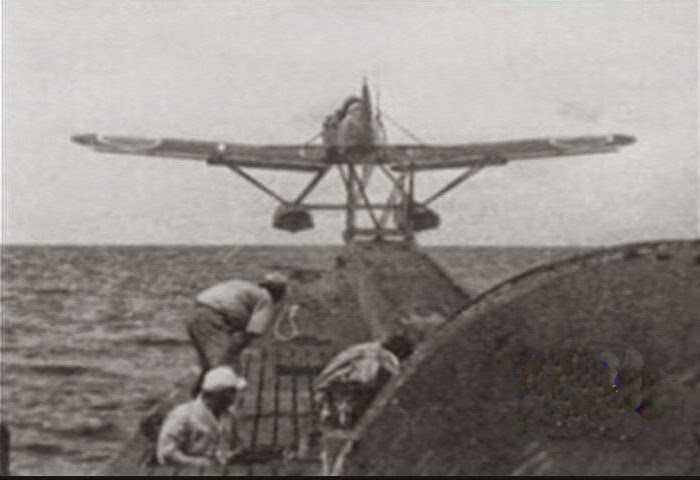 A forest service lookout near the town of Brookings spotted the plane flying directly toward him. He thought it strange, as most planes flew along the coast, not west to east, and the plane was too small to have flown across the Pacific from Japan. He radioed the Forest Fire Headquarters of his sighting.
Another lookout, Howard Gardner, heard what sounded like a Model A Ford backfiring. He, too, spotted the plane circling through the fog and reported it. The operator believed he had seen a patrol plane; nothing to worry about.
Fujita dropped his bombs in the forest from a height of 500 feet, circled once to observe the impact, and flew back to the sub. The plane was hoisted aboard, folded up and returned to the hangar, and the sub withdrew.
When the fog lifted, Gardner spotted smoke he suspected resulted from a lightning strike the previous day. He called for help, grabbed some equipment, and set off for the fire. A coworker joined him, and they found smoldering fires in a 50' to 75' circular area. After controlling the fires, they discovered a foot-deep crater at the center. Fused ground and rocks indicated an intense heat.
A fir tree struck by the bomb appeared to have been struck by lightning. An oak tree had been sheared off. Bomb fragments found at the site led to the conclusion an American plane had accidently dropped it. Only when the nose cone and a casing fragment with Japanese markings were found the next day did it become clear who'd done it.
The Army and FBI investigated, and tried to keep the incident secret. Newspapers, however, picked up the story and ran it. Oregon officials used the bombing to raise awareness and the possibility of enemy attacks, and raise the morale of civilian defense workers who felt their efforts were a waste because nothing could happen there.
Dissatisfied with the results, the Japanese returned for another attempt three weeks later. It too failed. They hadn't realized that damp forests will not support a forest fire in the autumn.

Fujita survived the war and returned to Oregon in 1962, full of remorse for bombing U.S. soil. He presented the town of Brookings with his family's 400-year-old samurai sword in a gesture of good will. It may be seen in the Brookings library.
Posted by Terri at 10:30 PM