Writing a Family Story to Be Proud Of 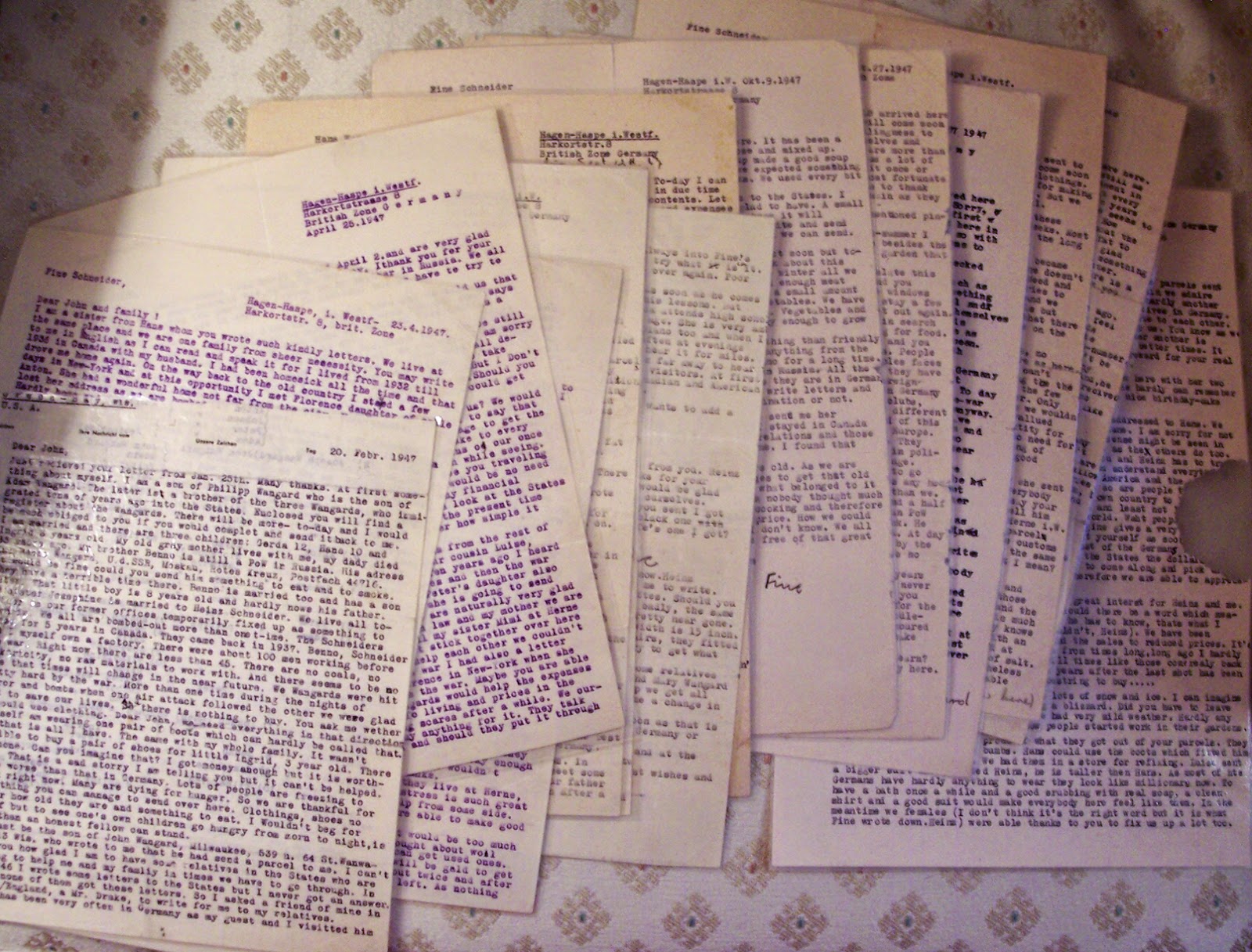 A batch of forgotten letters was found in my grandmother’s house. Written in 1947 and 1948, they came from distant cousins in Germany. My grandparents and other relatives had been sending them care packages. My great-great-grandfather immigrated to Wisconsin in the 1870s, as did two brothers. A fourth brother remained in Germany, and these letters came from his grandchildren.

When I decided to begin writing in 2008, the family in the letters became the perfect subject around which to craft a story. Research revealed life in Nazi Germany as increasingly grim before the war even started. The letters provide a fascinating glimpse of life in war torn Germany, but nothing about the war years. How had the family coped? I turned to the internet and searched on the family’s factory name. I found it all right, in a list of German companies that used slave labor. I wanted my family to be the good guys, but that hope grew shaky.

Contact had ceased in 1948 after the German currency reform, and with their silence in the letters, many questions couldn’t be answered. Why had they refrained from any mention of their thoughts and activities during Hitler’s regime? Desire to forget? Shame of the vanquished? Concern the American family wouldn’t help if they knew the truth?

Circumstances of their postwar life offer a few facts. The family consisted of a brother, his wife, and three young children, and a sister and her husband, and their “old gray mother,” who turned 66 in 1947. Another brother languished as a prisoner of war in Russia, not returning home until 1949, I learned from the German department for the notification of next of kin. The sister and her bridegroom had lived in Canada for five years, returning to Germany in 1937 because she was homesick. They were bombed out of their homes and lived in their former offices, temporarily fixed up as a residence. Before the war, they employed about one hundred men, but in 1947, had fewer than forty-five, with no coal, electricity, or raw materials to work with.

My imagination took over. The family, not the newlyweds, came to Wisconsin. Because a critiquer scorned someone returning to Hitler’s Germany due to homesickness, I gave them a more compelling reason when I rewrote the story. The grandfather had died and the father had to return to take over the factory, much to the daughters’ dismay, who loved their new life in America.

They did not support Hitler. Because their factory had to produce armaments and meet quotas imposed on them, they had no choice in accepting Eastern European forced laborers, Russian POWs, and Italian military internees.

The older daughter (my main character) took pride in committing acts of passive resistance. Now a war widow, she hid a downed American airman, an act punishable by execution. When they were betrayed, a dangerous escape from Germany ensued.

Maybe the family did support Hitler. Many did before realizing his true colors. My version probably doesn’t come close to the truth, especially concerning the daughter. The real daughter was twelve years old in 1947. No matter. This is fiction, and this is a family I can be proud of.
Posted by Terri at 1:00 AM