Have you seen the National Geographic program, Drain the Titanc? The idea is, by draining away the ocean, we can see exactly how the Titanic lies on the ocean floor and develop theories on how the ship sank, how and when it broke in two, and what a century underwater has done and will do to the wreck. 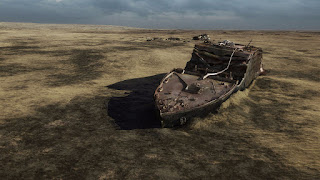 Being able to visualize the Titanic in this way is fascinating.
It reminds me of the storybook called The Five Chinese Brothers. Remember that? 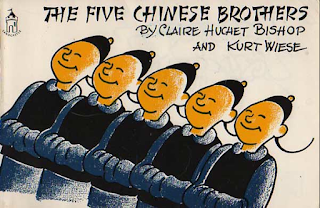 “Long ago in China lived a family with five brothers who resembled each other very closely. They each possessed a special talent. One can swallow the sea; one has an iron neck; one can stretch his legs; one can survive fire; and the last can hold his breath forever. When one of the brothers, a somehow very successful fisherman, agrees to let a young boy accompany him on his fishing trip, trouble results. This brother holds the entire sea in his mouth so that the boy can retrieve fish and treasures. When the man can no longer hold in the sea, he frantically signals to the boy, but the boy ignores him and drowns when the man releases the water.

I’ve always thought it would be so great to see the seabed, or the lakebed. Imagine what we could find. Amelia Earhart’s airplane, the Malaysia Airlines plane, ships and planes in the Bermuda Triangle. All the ships and planes that sank in World War II (If the Navy could get at the ships’ safes, could millions of dollars in payroll be recovered?). Pirate and treasure ships of old. How many missing persons might be found?