Holland’s neutrality had been honored by Germany in the First World War. Baroness Ella van Heemstra believed Germany would again honor Dutch neutrality in the war that began in 1939. She took her daughter back to her native home from England, where ten-year-old Audrey attended boarding school. They lived in Arnhem with the baroness’ father, Baron Aarnoud van Heemstra, former mayor of Arnhem.
In May of 1940, the Germans invaded Holland. They confiscated much of Audrey’s grandfather’s wealth. Her mother, fearing Audrey’s English name would attract unwanted attention from the occupiers, had her go by the name Edda van Heemstra, and cautioned her never to speak English outside of their home.
In England, Audrey had discovered a love for dancing. Her mother enrolled her in dance classes at the Arnhem Conservatory. Dancing gave her a dream in their austere life. 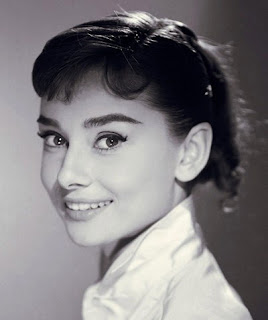 The next five years grew progressively worse for the people of Holland. The Germans requisitioned whatever they needed―coffee, oil, gasoline, textiles―for their military or civilians in Germany. As the standard of living sank, poverty and disease rose. Audrey’s half-brother Alex was captured when the Dutch forces surrendered, but he escaped and went into hiding to avoid being pressed into forced labor. Ian wasn’t so lucky; he was sent to Germany in 1942 to work in a munitions factory.
Audrey and some of her dance classmates performed private recitals to collect money for the underground. At times, they were given slips of paper to hide in their shoes and deliver to resistance workers. Children were unsuspected of aiding the underground.
After the Dutch Underground attempted to destroy a German train, the Germans retaliated by lining up several Dutch against a wall and executing them. Included were Audrey’s uncle, a judge, and a cousin, an adjutant at court.
In September, 1944, the Allies launched Operation Market Garden. When the shooting in Arnhem and the surrounding area ceased, the Dutch emerged from hiding to discover they had not been liberated. The Allies had failed to wrest Arnhem from German control. The Germans ordered all residents out of Arnhem.
The van Heemstras moved to the baron’s country home in Velp. They offered shelter to forty refugees, but had barely enough food for themselves. Because the Dutch railway workers had gone on strike to paralyze the German transportation system during Operation Market Garden, the Germans retaliated by cutting the bread ration and prohibited the civilian use of electricity.
Audrey and her mother had no food at all some days. For a long time, they had nothing but tulip bulbs to eat. Audrey drank gallons of water to fill full and convinced herself she wasn’t hungry. During her career as a chorus-line dancer and later as an actress, she would use the same technique to keep her weight down. She never weighed more than 110 pounds except during pregnancy.
On May 5, 1945, the Canadian 1st Army liberated Holland, the day after Audrey’s 16th birthday. On the brink of starvation, she weighed ninety pounds at five feet six inches tall, and suffered from anemia, asthma, and jaundice.
Truckloads of food arrived, and the next day, Audrey devoured her first meal. It was too rich for her digestive system and she became violently ill.
In 1959, she was offered a leading movie role in The Diary of Anne Frank. She found it too distressing, not only for the heartbreaking story, but because it revived her own harrowing experiences under German occupation.
Posted by Terri at 12:00 AM